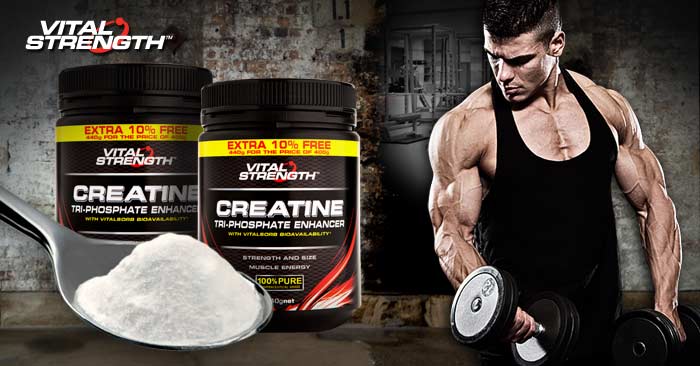 Creatine is one of the most popular and widely researched supplements available on the market, so it is not surprising that many guys have a number of questions around creatine’s use and effectiveness.

Hopefully this article will help to fill in the blanks.

Creatine is a naturally occurring compound found in muscle tissue in the form of high energy creatine-phosphate (CP).  The more creatine in your muscle tissue, the more the muscle can lift and perform short-term maximum strength efforts. When the muscle is in rest, creatine supplementation increases the muscles resting reserve of CP and during training, when the muscle is close to exhaustion, CP promotes faster regeneration of adenosine triphosphate ATP (energy) that your muscles use to fuel short bursts of intense energy. (Weider & Weider, 2002)

While creatine is present in animal foods such as meat and fish recent studies have shown that increased creatine intake can effectively increase muscle creatine stores by ~25% to reach a maximum level. (Burke & Cox, 2010)

A number of studies have shown that creatine increases muscle size, strength and power output. A literature review by Kreider (2003) reported that creatine supplementation during training can promote significantly greater gains in strength, fat free mass, and performance primarily of high intensity exercise such as interval and sprint training, resistance training and for intermittent sports (eg. team and racquet sports).

It is likely that you have also heard guys talking about “creatine loading.”  The logic behind loading is to reach an effective concentration of creatine in blood and muscle tissues. There are two scientifically supported strategies for loading (Persky & Brazeau, 2001):