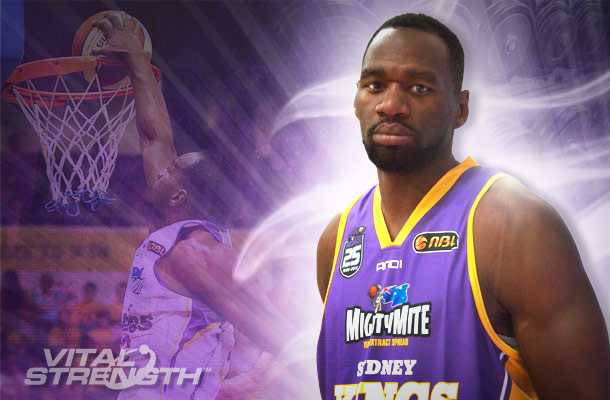 We uncover the basketball training secrets behind Sam Young’s exciting dunks and on court performance.

MightyMite Sydney Kings new and exciting NBA import, Sam Young, has a reputation for being almost obsessive when it comes to practice. In fact, in the summer prior to his senior year at College, Young lived in the gym for a month so he could train and practice whenever he felt the urge. 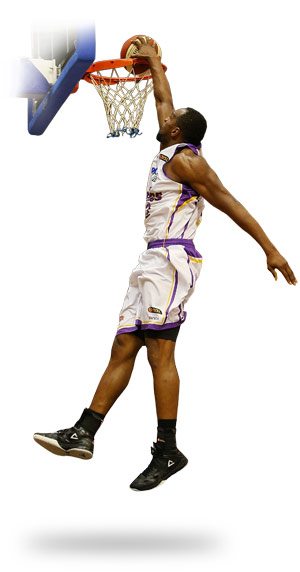 So with that type of commitment it’s vital he has the right basketball training and supplement programme.  Young’s strength and conditioning programme has a few key elements, which help him maintain peak strength and explosiveness on the court.

The bench press and back squat are two of the exercises in his programme, that ensure the exciting dunks that are a signature of his game, are performed with almost effortless ease.

To get the most out of these exercises Young uses medium weights with high repetitions, but done with ’dynamic’ execution. This is essential to maintain that explosiveness, for which Young has become known.

Also incorporated in his basketball training sessions are a number of bodyweight exercises, which assist in Young’s court speed and agility.  Given the position Young plays, he needs to be able to react quickly, explode off the mark and play at both ends of the court.

His defensive effort is as important to his game as the offensive aspect, so speed up and down the court is crucial.  Young works on this by doing pull ups, power lunges and resisted foot speed sets, again with ‘dynamic’ execution, to ensure he gets the most out of the exercises.

“Lazy in the gym and you’ll be lazy on the court.”  To maintain his energy levels and to ensure his body is capable of handling this type of workload, Young includes Vitalstrength supplements into his weekly programme.  Before a weights session he uses Vitalstrength 16:00 Nitroxl pre-workout which assists with energy, muscle strength and mental focus.  After training he refuels his muscles with Vitalstrength Pro-Muscle Protein that is packed with muscle building protein and carbohydrate energy.

As one of the most athletic imports to ever play in the Australian League we can’t wait to see more from MightyMite Sydney Kings Sam Young!